Griffin installed a large-scale sculptural installation in the ODD Gallery that explores the relationship between human desire and heavy industry that has driven Dawson City’s development over the past century.

As described by its organic contours, Welcome Stranger references the world’s largest known gold nugget, discovered in Australia in 1869, and the Chinese scholar stone, a prized eastern object known for its metaphysical properties. Throughout their history, both of these natural forms have provided sites for the intersection of spiritual aesthetics and financial value, driven by the internal need for the heroic quest and eternal contemplation. 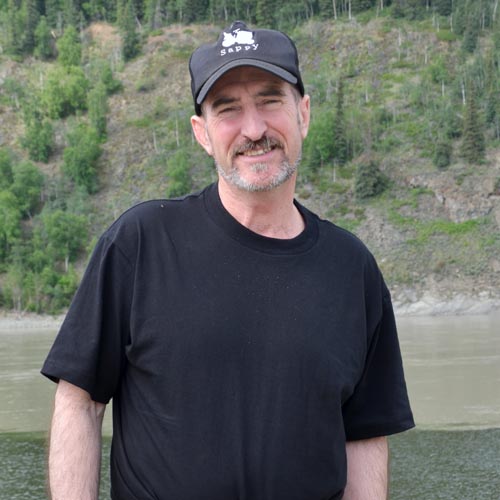 Paul Griffin is an artist from Sackville, New Brunswick who has previously lived in Ontario and British Colombia. His work also covers a wide range from photography to drawing and presently focuses on installation sculpture. Griffin’s practice investigates the myriad of ways that the vernacular can be used to interpret societal and personal views and perspectives. Over the last decade he has pursued an ongoing body of works titled the Woodpile Series that seek to transform this ubiquitous object into an aesthetic creation.