The Natural & the Manufactured post-exhibition essay

“In brief, all things are artificial; for Nature is the Art of God.” 1
– Thomas Browne, Religio Medici, 1643

The impetus to create and make seems inherently human (to us, as humans), and though as creatures we’ve done much to shape, transform, and design our landscape and world, nothing we create, invent, construct, or develop competes with the grandness of nature. Perhaps becoming creators and makers ourselves brings us closer to understanding how and why we were created, or deludes us into feeling like it ascends our consciousness to a more intense level; we too can become the omniscient, omnipotent makers and flout comprehension. And so human production epitomizes both defiance and reverence of the environment that inspires and enables it, hence the prevalence (or even totality) of ‘nature’ as concept, subject, and medium. This turn to nature reflects a human inclination to understand through imitation; mimesis eases our uncertainty, because if we can replicate it, possibly we can understand it.

But in getting closer to nature, studying and explicating and even dismantling it for its concealed designs, its preeminence truly emerges and the distance between humanity and the natural world is revealed once again. Augustine surmises “that the mind is too narrow to contain itself entirely” and in trying to decipher what might be absent from the human mind, we are left wondering: “Is it somewhere outside itself and not within it? How, then, can it be part of it, if it is not contained in it?” 2  Our implied connection to, but modern detachment from, the land and its intrinsic systems subsequently compels us to search for, assemble, and build intimacy with the environment, in the hopes it might reflect, contain or encourage our own grandness, and maybe even reveal unknown perfection.

The quest to reconcile existence via mirroring the aesthetic grace of the natural environment necessitates not only a belief in, but also a devotion to, the inter-connectedness of life. The process becomes as imperative as the product and output, in the traditional or expected sense, is de-centralized. Art emerges as the most “natural” method to create and interact without a requisite outcome. A (re)turn to nature thus allows art itself to become what philosopher Jacques Ranciere might deem an “emancipatory practice”, liberating both producer and consumer from the restrictive classifications of what art is and does. The guileless state of the artist in this external unknown zone results in an experiential creation process that is responsive rather than didactic. In this model, the artist, like Ranciere’s ignorant schoolmaster, “does not teach his pupils his knowledge, but orders them to venture into the forest of things and signs, to say what they have seen and what they think of what they have seen, to verify it and have it verified.” 3  Creator and receiver embark upon the same processes of excavation and exploration, and in doing so can also collaborate with one another as equals; the work can truly become interactive when it is a collective conversation rather than a solitary lecture. 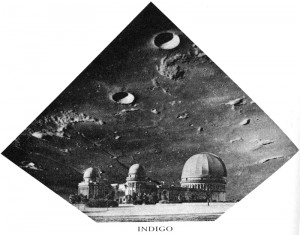 The ODD Gallery’s 2010 edition of The Natural & The Manufactured brings together a series of projects that, while disparate in sites, mediums and methods, are unified in their reliance upon nature as a key collaborator. The works by  Evans, Honda & McKenzie, Akrey, and Dewdney are forge channels of accessibility and interaction; the intangibility of nature and its persistent evasion of human comprehension, mastery, and domination renders viewers a bit uneasy, conjuring uncertainties about the places, positions, and roles we fill as humans, citizens, and individuals. Interfacing with the natural environment reminds us that no matter what we build, fabricate, or construct, we are always operating within the overwhelming systems of nature. In this inter-world collusion, all human contributors can be deemed equals in their relative insignificance. The artist/poet/creator must embrace the same humility as viewer/spectator/consumer, and this acknowledgement effectively dismantles and subsequently voids some of the most deeply engrained social hierarchies by rendering them utterly irrelevant, since nature, “red in tooth and claw” 4  and impartially brutal, takes no heed of our invented ranks. Dewdney’s “Strange Days”, Evans, Honda & McKenzies’ “Boreal Growths and Other Disturbances”, and Akrey’s “Vague Terrain” each embody nature in distinct ways, and yet all need the responsive engagement of the audience to live.

Dismantling expectations of art begins with liberating thought and embracing its universality: “There is no specific territory of thought. Thought is everywhere. Its space has no periphery.” 5  Once the boundlessness of thought is acknowledged, the infinity of creation and presentation can emerge too. Extricating the art exhibition from its characteristic position in a purpose-built indoor ‘home’ and sending it (or returning it, even) out to the feral 6 Now often applied to  animals or plants that have lapsed into a wild from a domesticated condition. (Oxford English Dictionary), unpredictable realm of nature removes the human edifices of display and subsequently deconstructs the boundaries, both real and imagined, that separate geographies, communities, and individuals from the art created within, about, and of them. It is by these means that Donna Akrey’s “Vague Terrain” is able to respond and communicate with its viewers, whether their gazes are deliberate or oblivious. Here Bourriaud’s discussion of art which functions in an “interhuman sphere”, founded on and produced by “relationships between people, communities, individuals, groups, social networks, interactivity” 7 is relevant, as it explicates the evolving reality of Akrey’s “ephemeral non-uments” 8 embody in their temporary landscape. Akrey’s undetectably manufactured and seemingly discarded vestiges require the viewer to become the intermediary between the work and the nature it represents; when a spectator observes the human textuality of Akrey’s forged rocks and begins to consider with their verisimilitude, the interaction with nature is realized. 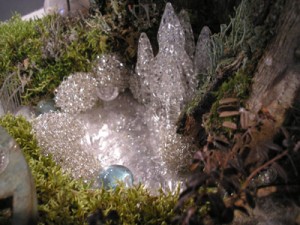 While Akrey’s work encounters the task of relational interaction through site-specific exhibition that enables inadvertent or unconscious encounters, Evans, Honda & McKenzie’s “Boreal Growths and Other Disturbances” and Dewdney’s “Strange Days” lecture project occupy conventional spaces/modes of delivery; they bring nature inward, revealing the disparity between the realms of humanity and nature while simultaneously reproducing it. Once again, response and interaction are essential; “Boreal Growths and Other Disturbances” transplants the landscape (and physical land itself) of its inception, highlighting the human inclination to own and direct nature and explicating critical issues of environmental necessity and response to human imposition. The gallery installation of culled/harvested/found objects and life forms responds to its audience with sound, light and movement, creating exaggerated simulacra of the life nature actually possesses. Comparably Dewdney’s “Strange Days” asks the listener to conjure and call upon his or her own conceptions of the natural world and pour them into the content. Reciprocity is not simply a theme of the lecture, but also its process. As with Akrey’s project, nature becomes the ultimate universal public sphere; whether real or constructed, nature represents the opposite of ownership and possession, and as such the participation of the viewer is not dictated by any one individual but rather permitted to form and develop organically, a process that Nicolas Bourriaud asserts shapes our very perception: “There are no forms in nature, in the wild state, as it is our gaze that creates these, by cutting them out in the depth of the visible” 9, and thus all the places, environments, and realities of the viewers/participants inform and construct the meaning. Experiences, landscapes, and geographies merge and blend and it is their essences rather than their actuality that yields connection and exchange.

From the relational exchange of The Natural & The Manufactured projects delivered by Akrey, Dewdney, and Evans, Honda & McKenzie emerges a collaborative mode wherein artist, viewer, and work respond and react to the environment they are made of/from/in. All parties are essential in this “art form where the substrate is formed by inter-subjectivity, and which takes being-together as a central theme” in order to foster “the collective elaboration of meaning.” 10  The result is a product of immense value, but intangible corporeality, like nature itself. With particular pertinence to a thematic installation exhibition in a small and isolated community, Nikos Papastergiadis queries: “How will art history acknowledge the status of the non-durable, site-specific work that passes through the experience of just a handful of people?” 11  And to be sure the permanence or longevity of this experiential work is a concern; once again, collaboration must be sought, and the collective (if divergent) memory of the land and its people become essential not only for the creation and realization of the work, but also for its anamnesis. Memory, as impervious as nature itself, becomes the only monument. And so just as nature is omnipresent, so too are our human perceptions, interpretations, and memories of it: “All this goes on inside me, in the vast cloisters of my memory. In it are the sky, the earth, and the sea, ready at my summons, together with everything I have ever perceived in them by my senses, except the things which I have forgotten.” 12