THE NATURAL AND THE MANUFACTURED 2013 is now underway! 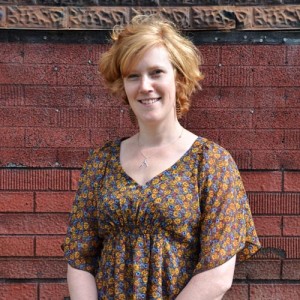 Sarah Fuller is a Banff- based artist working in photography, installation and video. Her work is about multiple levels of perception, reality and narrative. In the last few years this has manifested in multi-disciplinary installation work combining photography, video and text. Place take a central role, often with personal experience as a starting point. Sarah often thinks about vantage point and an experiential view of physical and psychological landscape.

During her residency in Dawson, Sarah will be creating a site-specific installation in the historical Bear Creek site, utilizing large-scale photographs and theatrical lighting. This work is part of the Natural and Manifactured thematic residency.

Sarah was born in Winnipeg, MB. She earned a BFA from the Emily Carr University in Vancouver in 2003 after completing her first two years of study at the University of Manitoba, School of Fine Arts. Her work is held in public and private collections across Canada, including the Canada Council for the Arts Art Bank, Alberta Foundation for the Arts and Cenovus Energy.

Currently Sarah is showing work in the exhibit Wish You Were Here at the Union Gallery, Kingston. In 2013, she was part of The News from Here: The 2013 Alberta Biennial curated by Nancy Tousley at the Art Gallery of Alberta, and the two-person exhibit See Attached at Truck Gallery with artist Dianne Bos. Sarah has been an artist in residence at the Fondazione Antonio Ratti in Como, Italy, and the Association of Visual Artists (SIM) in Reykjavik, Iceland. When she not making art, Sarah is the Photography Facilitator in the Visual Arts department at The Banff Centre where she assists artists in residence and mentors emerging visual artists.

Paul Griffin is an artist from Sackville, New Brunswick who has previously lived in Ontario and British Colombia. His work also covers a wide range from photography to drawing and presently focuses on installation sculpture. Griffin’s practice investigates the myriad of ways that the vernacular can be used to interpret societal and personal views and perspectives. Over the last decade he has pursued an ongoing body of works titled the Woodpile Series that seek to transform this ubiquitous object into an aesthetic creation.

He has come to Dawson City to work on a piece that explores the aesthetic and social connection between Chinese scholar stones – large boulders that served in formal gardens as contemplative tools – and gold nuggets, both sought after throughout the world as objects of curious beauty and great financial worth. He will endeavour to create a large-scale sculpture out of wood that is embroidered with electroplated roofing nails that will focus on the curious beauty that exists mutually within these two exotic objects.