PROJECT DESCRIPTION
For their off-site project migratory (patterns), Robert Yates and Kevin Yates worked in Ruby’s Place, a Parks Canada heritage building that is part of the Klondike National Historic Sites in Dawson City. Their two-channel video installation begins with the brothers’ observation that birds migrate across cultural boundaries as if all spaces are home, while humans treat distant geographies as separate.

Initial stages of the work emerged when Robert and Kevin traveled to New Orleans and Grand Isle, Louisiana. Struck by the overlap between the bird species found there and those found in southeastern Canada, the brothers became interested in the way various regions are intimately connected through bird migration. The recent habitat loss and devastation in New Orleans, for example, can easily influence what birds could be seen in abundance or decline in Ontario, Quebec, or the Yukon. While the birds find shared habitats in different regions, the cultures themselves have become isolated and view themselves as distinct and disjointed, despite having intertwined histories.

While the birds find shared habitats in different regions, the cultures themselves, though perhaps having intertwined histories, have become isolated and view themselves as distinct and disjointed.

Human migration to Dawson City was massive during the Klondike Gold Rush. While many individuals’ identities remain unknown, some of them certainly stayed at Ruby’s Place, as it was once a brothel and later a boarding house. Yates and Yates chose the building because the layers of wallpaper still clinging to the structure offer visitors a palpable sense of time.
The artists created backgrounds based on some of those fragmented vintage wallpapers. They then videoed migratory birds (mostly redpolls and pine siskins) near the Yukon River and edited the footage so the birds come and go from the patterns. 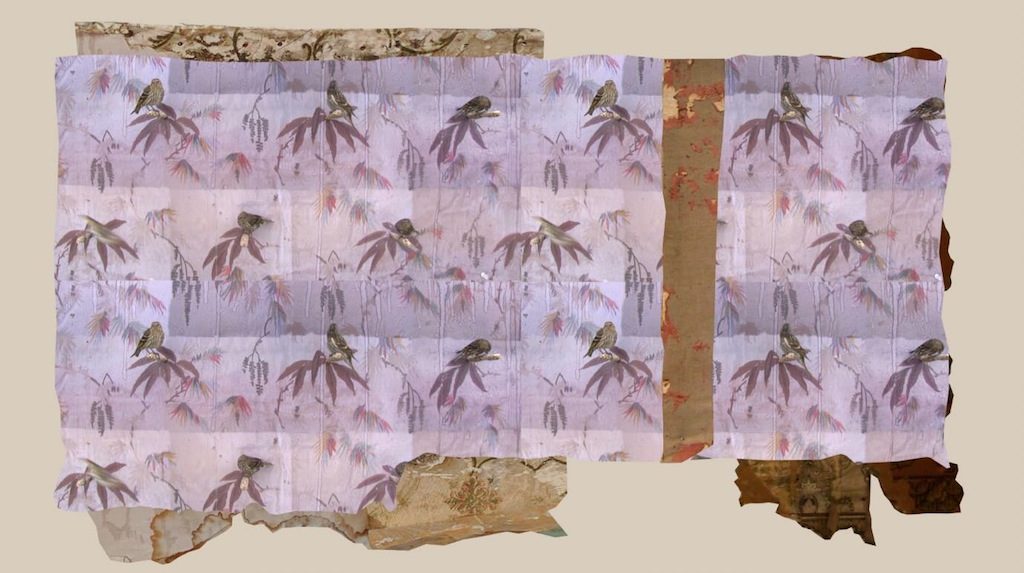 The installation of migratory (patterns) involves a projection in Ruby’s ground floor and a second projection on the floor above, which is viewed through a hole in the ceiling. The wallpaper-traveling birds are mirrored and multiplied, producing a pleasurable and mesmerizing effect that is heightened when the flock disappears from one projection and appears seconds later in the other.

Birds have the potential to embody the possibilities of dissolved cultural boundaries, yet they often fail to do so except to those who care to learn about or remember the birds’ instinctual and ancient routes and habits.

migratory (patterns) presents a human-generated “landscape” for the digitized birds to rest in, a gesture that invites us to consider their interactions with the natural landscape, and by extension, our own. 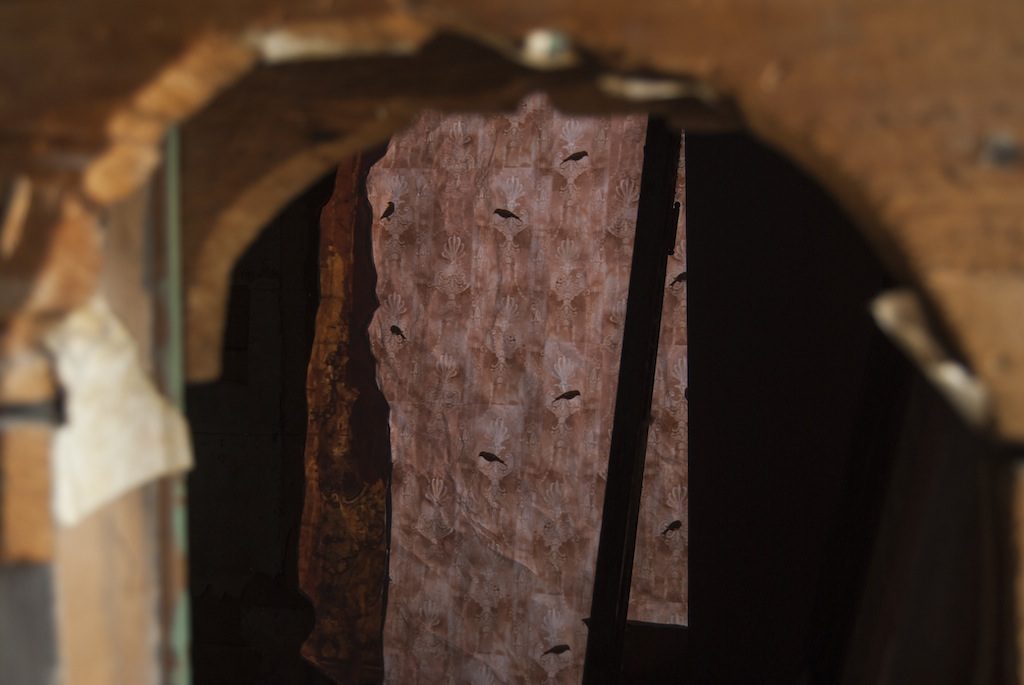 ROBERT YATES (Ste Julienne, PQ) Robert Yates employs his film production experience to create video works that first conjure stillness, then morph into multiplying and/or mirrored images. The slippage between interior and exterior seems constant yet is impossible, since the images reflect layers but will not break open to further ones below.

Robert Yates received his Honours BA in Cultural Studies from Trent University with an emphasis on critical and postmodern thought as well as art, cinema, theatre and media studies. He followed this with a BFA in film making at Simon Fraser University, where he began to explore the notion of film as artefact and its relationship to the difficulty in accessing the past despite its apparent fidelity to reality by manufacturing experimental narrative works that took on the guise of pieces recovered from previous eras but whose content would not cooperate with its expected genre or era-reference.

Current creative projects include an experimental film inspired by and using material gathered during the 2016 KIAC artist residency. It seems it may continue in that same vein begun during his studies and which has continued to inform his work. Kevin and Robert are attempting to undertake a larger work similar to the one at Ruby’s Place but spanning a larger geography possibly from Louisiana to southeastern Ontario or Quebec and hopefully back to Dawson. The project is currently in the planning/financing phase.

KEVIN YATES (Toronto, ON) Kevin Yates is known for his sculptural works, often highly realized miniatures, doubled to resemble a reflection in water. He likens his work to film stills: objects that hold a “pause” in space, offering the viewer time to examine and inspect.

He creates installation experiences which confound the expectation of knowing-through-seeing, setting the stage for a perpetual mystery. He is particularly interested in crime scenes, in the cold relationship that exists between the tragedy on screen and the scrutiny of the viewer. To echo this gaze, his work often takes the form of highly realistic miniatures. These miniature objects are experienced both as real physical objects but because of their inaccessible scale, they also read as an image.

Professor Yates holds a BFA from NSCAD and an MFA from the University of Victoria, and is currently an Associate Professor in the Visual Art & Art History Department at York University.

Kevin Yates has exhibited broadly throughout Canada and the U.S., including a solo show at the ODD Gallery in 2009. Solo exhibitions of note include shows at the Susan Hobbs Gallery (Toronto), Robert McLaughlin Gallery (Oshawa), Tom Thomson Art Gallery (Owen Sound), Artspeak (Vancouver), and YYZ Artists’ Outlet (Toronto). His work has appeared in group exhibitions at the Art Gallery of Nova Scotia (Halifax), The University Galleries at Illinois State University (Chicago),) and the Art Gallery of Greater Victoria, and is in the collections of the National Gallery of Canada, Ontario Art Gallery and the Musée d’Art Contemporain de Montreal. Kevin Yates is represented by the Susan Hobbs Gallery in Toronto.